Guys, folks, y’all whatever you prefer to be called, I am over winter.

We have been sick at our house for the better part of 2 months. Sinus pressure and tissues galore.

And in case you are over it too, just console yourself with this picture of my precious nieces from last Saturday.

They were just chilling out on the big ottoman while most of my siblings and their spouses cleaned out my mom’s attic. Fun times.

Also note that Cora has her hand in MacKendrick’s mouth. They are going to be best buds. Or not.

Shortly after this Cora (1 month) kicked Mac (3 months) in the head and all the fun and games were over at least as far as Mac was concerned.

Back to all the sickness: because we have been laying around a lot nursing ourselves back to health we have been binge watching TV.

Two shows I can’t seem to get enough of are New Tricks and Behind the Mask.

New Tricks is an older quirky BBC show about retired police detectives. The narrative is hilarious and the characters are full of, well, character.

The other show is an original documentary on mascots which I know sounds strange, but I am so intrigued by these people (who are sometimes very shy) that put on a show in front of 1000’s on a regular basis. The psychology of anonymously performing “behind the mask” is fascinating to me.

Hulu has already produced another season. And its just as great as the first.

On Wednesday this week I was in need of some retail therapy.

Nothing clears my head like a stroll around Target or perusing the aisles of Goodwill for treasures.

I picked up this new to me jean vest and brand new rose gold metallic sandals last week for a grand total of $10. 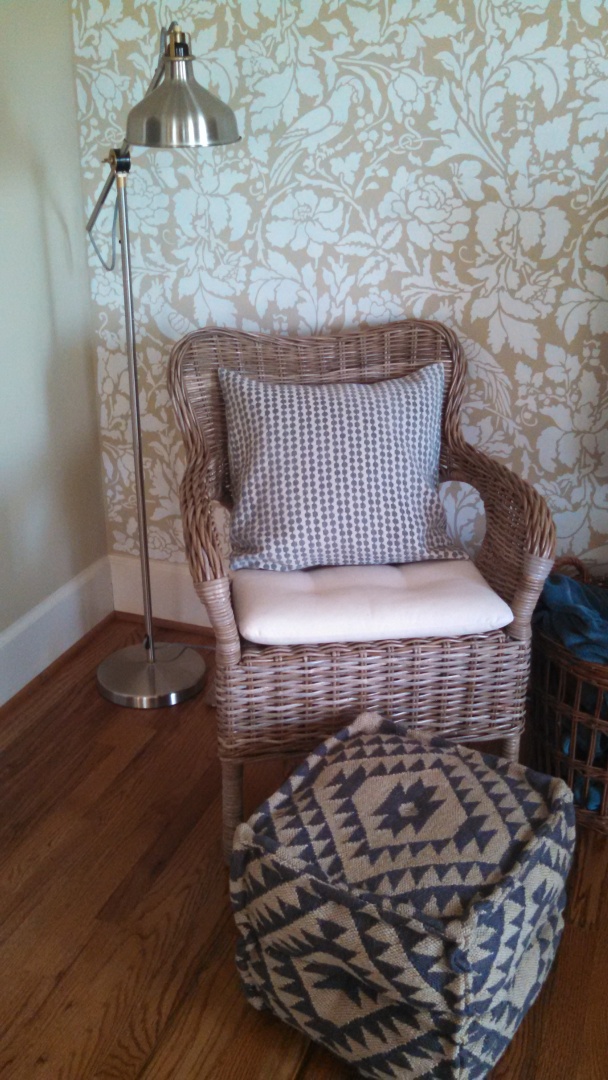 Then Saturday, with the help of my sister Nancee Lee, I stenciled a wall at a home I have been working on for the past 6 months or so. LOVE how it turned out. 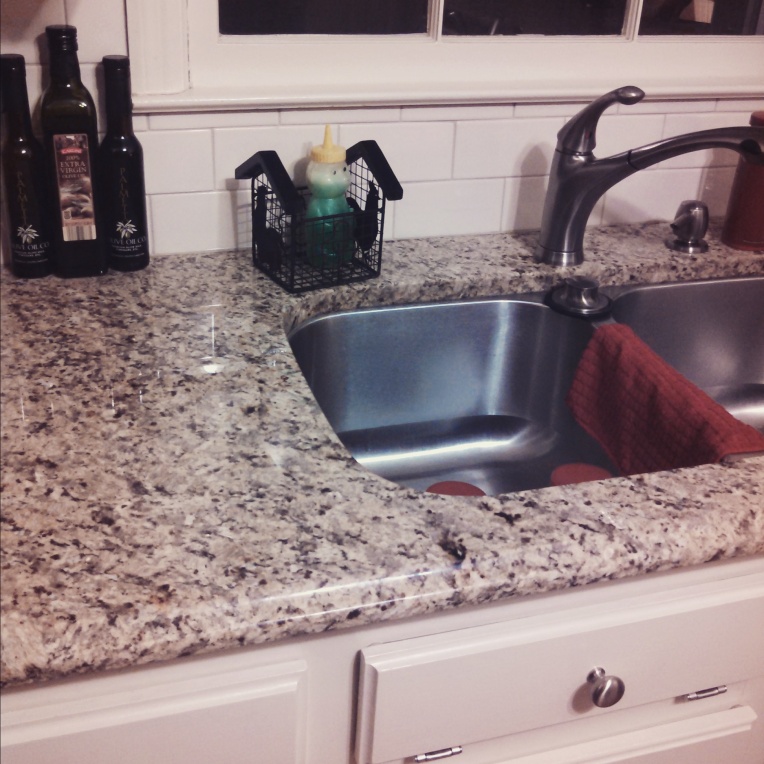 I also finished up a simple kitchen remodel on Thursday evening with a client. It turned out great and that granite is just gorgeous in person.

Baked Chicken Parmesan by Shutterbean was on the menu for Saturday evening at my house.

It was so tasty. I used chicken tenders to cut the baking time down. Dinner was on the table in under 30 minutes.

Can’t beat that for a scratch made meal.

Note: Use paper plates for the chicken breading “dipping stations.” Makes for less clean up.

For a low calorie option I served the chicken parmesan over these zucchini fritters. They are SO good. I think kids would even eat these.

Although I am never opposed to pasta. Pasta is my love language. Also chocolate and good leather bags. So basically I really like food and have expensive tastes in handbags.

Thanks for reading, have a great week, and don’t forget to get an entry in for the It’s All About The Pants Giveaway.  Two winners randomly selected tomorrow.

2 thoughts on “Monday Randomness: It’s been a while”